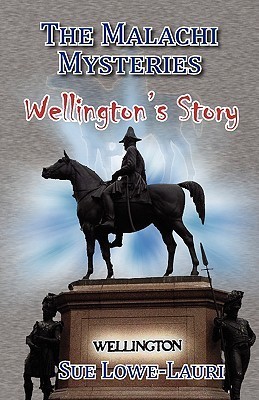 This tightly woven children s adventure story will appeal to young teenage readers, although adult readers will also enjoy author Sue Lowe-Lauri s use of maps, photos and biographies of the historical figures which bring her tale to life.

Truly a unique feast of fantasy and fact. First-time novelist, Sue Lowe-Lauri, has created a unique, parallel fantasy dimension filled with the nation s favourite historical characters who have returned to earth to act as guardian angels to humans. As Malachis, they occupy their statues in central London and use the skills they acquired in their previous lives to rescue humans from tricky situations.

Rory and Sarah, both in a coma, are fighting for their lives in the intensive care unit of the Evelina Children s Hospital whilst their parents look on helplessly. The children s spirits somehow arrive in the Malachi dimension. Meanwhile, the Malachis of London are preparing for their annual contest but the unexpected arrival of the two children means they have to change their plans to help them return to their own dimension with The Duke of Wellington, as witness to the children s accident, becoming their guardian angel.

The children have to solve various clues in order to be transported from this mysterious dimension back to their human world- however, there is one Malachi who is determined to stop them. Will the children complete their quest in time or will they have to stay in the Malachi dimension forever? This novel provides the backdrop for some wonderfully comic interactions between the historical characters and also looks at how they cope with life in the 21st century. The reader is taken on a fascinating journey around central London and brings hitherto less well-known locations and features of London to life.

Full of action and humour this novel is a real cliff-hanger.